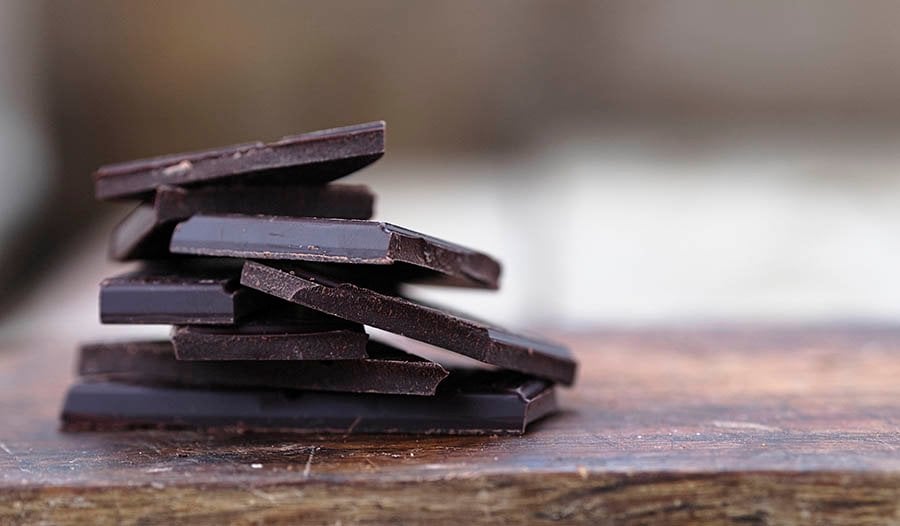 A new study published in the International Archives of Medicine adds to the growing data supporting the benefits of dark chocolate in promoting weight loss. Of all the foods available on planet Earth, perhaps the most magical (and interesting) is chocolate. This delectably seemingly addictive food is produced from the beans of the cacao tree whose official name Theobroma cacao reflects the long-standing love for chocolate (theobroma being the Greek word for “food of the gods”).

A 2012 study published in the Archives of Internal Medicine showed that frequent chocolate consumption was associated with lower body mass index (BMI) – a ratio of height and weight that’s used to measure obesity. It is important to point out, however, that these benefits of chocolate were only apparent with moderate consumption and that consuming large quantities of chocolate would obviously be counterproductive to losing weight. The recommended “dose” of dark chocolate is approximately 30g to 60g/day (roughly 1 to 2 ounces of a bar with a >70% cocoa content).

Other key areas of research into the benefits of chocolate consumption are its effect on cardiovascular disease and brain health. A growing amount of recent research suggests that:

In a new study from the Institute of Diet and Health in Germany, men and women between the ages of 19 and 67 were divided into three groups. One group was instructed to keep a low-carb diet and to consume a daily serving of 1.5 ounces of chocolate with 81-percent cocoa content (chocolate group). Another group was instructed to follow the same low-carb diet as the chocolate group, but without the chocolate intervention (low-carb group). In addition, a third group ate at their own discretion, with unrestricted choice of food.

At the beginning and end of the one month study, all participants gave a blood sample and their weight, BMI and waist-to-hip ratio were determined and noted. During the study, participants were encouraged to weigh themselves on a daily basis, assess the quality of their sleep as well as their mental state.

The researchers concluded consumption of chocolate with a high-cocoa content significantly accelerates weight loss and increases the success of weight-loss diets.

The most significant result from this study was the prevention of rebound weight gain. Considerable evidence indicates that it is very difficult for most people to sustain a low carbohydrate diet and as a result, weight loss. Having a moderate amount of chocolate, in this case 1.5 ounces of a bar containing 81% cocoa, may give people the reward they need to stay on the weight loss course.

Mindful eating is a great way to slow down and help you achieve your weight loss goals. Having the right nutritional and lifestyle support can make it easier.

The secret to successful weight loss may be hiding in the spices that are commonly used in households each day. By adding more spices to a daily diet, people might experience a boost in metabolism and an improved ability to regulate blood sugar.

Most Americans are overfed but undernourished. It is entirely possible that one of the contributing factors to the obesity epidemic is actually a shortage of the various phytochemicals our body utilizes to promote health.