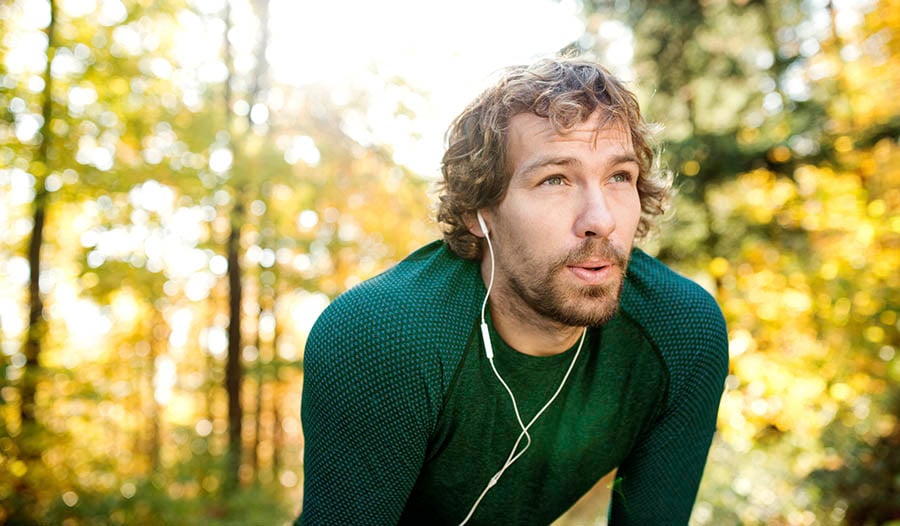 Asthma is an inflammatory lung disease that occurs when the muscles surrounding the lung tissues constrict. Worldwide, 300 million people are affected while almost 250,000 people die from complications of the condition annually. Asthma can cause symptoms like wheezing, coughing, and shortness of breath. Certain triggers can bring on an asthma attack suddenly, and it can also be brought on by respiratory infections or, sometimes, allergies. Obesity, defined in those with a body mass index of 30 or more, doubles one’s risk for developing asthma as do various other risk factors as listed below.

There is also a type of asthma known as exercise-induced asthma, which occurs with strenuous activity. Interestingly, people who experience this type of asthma usually don't feel symptoms unless they are exerting themselves.

Asthma is classified into four levels depending on their frequency of respiratory symptoms:

Early exposure to animals, such as dogs and cats, has been shown to reduce risk of developing asthma as a child or adult. Conversely, a lack of childhood exposure may increase risk, requiring one to avoid exposure later on. A 2018 study showed that children who were prescribed antibiotics during their first year of life were at increased risk of developing asthma—this is likely due to the destruction of healthy gut bacteria.

If you have asthma, do as much as possible to avoid the triggers that make symptoms worse. Keeping a journal that documents asthma attacks may be helpful to identify causes and patterns.

In addition to avoiding triggers, treatment with prescription medications is the mainstay of conventional asthma therapy. In many cases, these medications can be lifesaving, and having them available for quick use is important. Common medications include the following:

This class of medications includes albuterol/salbutamol (Proair, Ventolin) or levalbuterol (Xopenex) and is frequently used as an inhaler or with a nebulizer machine for treatment during acute flare-ups.  Drugs in this class are considered “rescue medications”, and if used more than twice per week, a steroid inhaler is advised.

This class of medications is used for maintenance and prevention of asthma attacks. Examples include fluticasone and beclomethasone inhalers. One must rinse out their mouth after inhaling this medication to prevent an oral yeast infection called thrush.

This class of medications includes a medicine called montelukast (Singulair). These medicines inhibit a substance doctors call leukotriene. This chemical causes inflammation and restriction of the airways as well as congestion.

Used to help during acute attacks. Although sometimes necessary, oral steroids should be used as infrequently as possible since frequent use increases risk for osteoporosis and stomach ulcers.

Alternative Therapies for Asthma Include:

HEPA Filters - If pollen allergies and animal dander are a trigger, use of a portable High-Efficiency Particulate Air (HEPA) filters should be considered and placed in the bedroom and/or living room.

Yoga – While known for its mobility and psychological benefits, yoga can also equip one with breathing exercises and strategies to help prevent asthma attacks.

A diet rich in plants and vegetables is anti-inflammatory while a diet consisting of a lot of processed and sugary foods creates inflammation, including inflammation and irritation to one’s lungs. Plentiful in fruits, vegetables, omega-3 fatty acids, a Mediterranean diet has been shown to be helpful in reducing the risk of asthma, according to a 2015 study in Lung.

Those with asthma should consider a two-to-four-week elimination trial that intermittently omits wheat, dairy, or foods with sulfites (dried fruits, wines, etc.) as these substances can trigger asthma symptoms in susceptible individuals. According to Dr. Alan Gaby in Nutrition Medicine, other triggers can include monosodium glutamate (MSG), trans-fatty acids, aspirin, sodium benzoate, (a good preservative) and tartrazine food coloring.

Sugar and high-fructose corn syrup are plentiful in everyday foods. A 2017 study of pregnant women showed that moms who consumed the highest levels of sugar during pregnancy were more like to have children with asthma. In addition, there is evidence that excessive consumption of high-fructose corn syrup by children ages two through nine, increases risk of asthma in children. This sweetener is found in many common foods, fruit juices, and carbonated beverages—always check labels!

A healthy gut microbiome is crucial to a strong immune system. A 2015 study in the Journal of Allergy and Clinical Immunology demonstrated the bacterial diversity of the gut is an important part of preventing allergy and asthma symptoms. The lactic acid bacteria called lactobacillus plays an important role, which is evident by the fact that children born via a cesarean section are at increased risk for asthma compared to those who pass through the birth canal (where lactobacillus is abundant). Animal studies of asthma support the benefits of probiotics in asthma prevention. More human studies are underway.

Magnesium is nature’s muscle relaxer and an important mineral and enzyme “cofactor” involved in over 350 chemical reactions in the human body. An adequate intake of magnesium-rich foods, which include green leafy vegetables, is crucial. Frequently, diet is not enough, and a supplement is required.

A 2016 study in Pulmonary Medicine demonstrated that those with lower levels of magnesium in their blood were more likely to have severe asthma symptoms. When it comes to treating asthma, magnesium is used in different ways. During an acute asthma attack, doctors frequently use intravenous (IV) magnesium. A 2018 study out of Italy stated that magnesium via IV could help children with asthma attacks while a 2017 study by Cochrane Database also suggested that inhalation of magnesium using a nebulizer could add additional benefit in hospitalized patients already being treated with conventional therapy, i.e. albuterol. However, a 2018 study of children aged six months to four years did not show significant benefit of inhaled magnesium. A 1997 study showed intake of oral 400 mg of magnesium reduced use of asthma medication compared to those using a placebo.

Omega-3 essential fatty acids consist primarily of eicosapentaenoic acid (EPA) and docosahexaenoic acid (DHA), which are important for the body to function at optimal levels. A 2014 study in Nutrition Journal showed that the majority of Americans do not consume enough omega-3 essential oils, which can be found in a variety of food sources, including fish (mackerel, cod, and salmon are among the richest), walnuts, chia seeds, flax seeds, hemp seeds, and natto.

A 2017 study suggested that fish oil supplementation by pregnant women could help reduce asthma symptoms in their children. A 2018 study in Pediatric Allergy and Immunology concluded that “that introduction of fish early in life (6-9 months) and regular consumption of all fish (at least once a week) reduces asthma and wheeze in children up to four-and-a-half years old while fatty fish intake may be beneficial in older children.”

Thousands of studies over the last decade show health benefits when one optimizes vitamin D intake. These studies tell us that those with higher levels of vitamin D in their blood have lower risk for chronic diseases, including asthma.

In my Southern California medical practice, a place where we have sunny skies more than 300 days per year, four in five of my patients have had a clinical vitamin D deficiency. The reason for this common deficiency is that few people spend the required 15 to 20 minutes each day in the sunlight, allowing their face, arms and legs to be exposed to the ultraviolet light. Up to 90 percent of people around the world are deficient.

A 2017 study showed that pregnant women supplemented with vitamin D had children who were half as likely to have asthma-related symptoms. Pregnant women should make sure they are getting adequate vitamin D. Most pregnant women need 2,000-5,000 IU daily. Consult with your doctor before supplementing.

Vitamin D intake also affects asthma among adults, according to a 2016 study in Pulmonary Medicine. It showed adults, both male and female, with lower blood levels of vitamin D in their blood were more likely to have severe asthma symptoms.

Folate comes from the word "foliage", a term used to describe green vegetables. Regular intake of vegetables can help ensure adequate folate levels in the body. A 2016 study of  582 children in Puerto Rico showed that children with lower levels of folate in their blood were at higher risk of asthma attacks compared to those with the highest levels.

Suggested dose: A children’s multivitamin or gummy vitamin with folate can be considered

L-carnitine is an important compound in the human body necessary to metabolism. About one in 350 people are unable to synthesize it. However, among those who do, some may have higher requirements than their bodies can make. A 2009 study showed children with asthma attacks had lower levels of L-carnitine in their blood compared to those with stable asthma. Healthy children were not tested in this study.

Suggested dose: As suggested on the label

Asthma can be a challenge for those afflicted. Avoiding triggers is important to ensuring the lungs are working healthily. One should pay close attention to things that may make their asthma worse. Prescription medications are lifesaving for many with asthma, but there are also diet changes and supplements that may be considered for those who need extra assistance with asthma control. Consult with your doctor before stopping any prescribed asthma medication.

Supplements to consider taking to support the overall health of the lungs and respiratory tract including N-acetylcysteine, ivy extract, and protease enzymes.

Supplements such as vitamin A, vitamin C, red ginseng, and cordyceps may help with supporting lung health.